I strained to look through the airport window at the passengers disembarking from the flight from London, searching for my husband amongst the sea of anonymous faces. The last of the passengers trailed through the sliding doors and there was still no sign of T. In desperation, I went to the information desk and was told that all passengers from the London flight had now disembarked. After phoning my mother in tears to tell her the news, I took the next train back to Blackpool in a fog of worry.

The next morning, after a sleepless night, I tried to contact my husband. It was very difficult to get through to Algeria by phone in those days. You had to go through the British international operator, who would then contact the Algerian international operator, who — when they could be bothered  — would then put you through to the Algerian number. I finally managed to get through to T’s secretary. As most of the telephone lines were routinely bugged, she told me discreetly that there had been “some problems.”

When my husband came on the line, he sounded very subdued. He just told me that he had not been allowed out of the country. I learned later that he had passed through Customs and Immigration checks at the airport and was waiting at the departure gate when a policeman came in, calling his name. When he identified himself, the officer checked his passport, tore up his boarding pass and told him to go home.

I have to scroll back a little for you to understand the situation.

It seemed as though there had always been problems of one kind or another at the ammonia plant, where T had now been made directeur. We were enjoying the few perks that came with his promotion, including an official driver, who was parked outside the house from eight in the morning until five in the evening, on the dot of which, he and the car would disappear through the gates of the Clos in a cloud of dust. 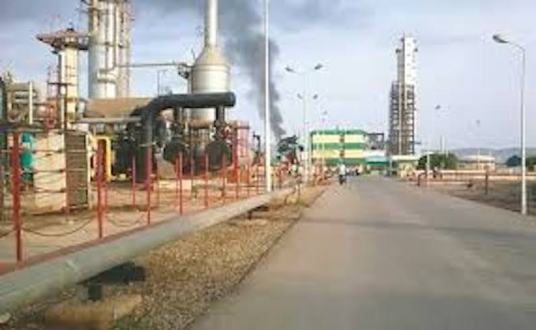 The driver, Djillali, was actually taking advantage of my husband’s good nature, as he should normally have been on call at the plant until T needed him. He knew that T preferred to drive himself, so sat most of the day on his ample behind in the car in front of the house, when he wasn’t strolling around the leafy loop of road, a blade of grass between his teeth and his moustache a-quiver, chatting up the femmes de ménage.

Anyway, it was comforting to know that if I needed some bread or something equally important, he would be there, standing to attention, then driving off self-importantly to fetch the required item, gold tooth and gold watch strap glinting in the sunlight.

There was, however, another side to the coin. More often than not, our family outings ended up with me and two lively toddlers sitting in the car parked outside the plant, whilst my husband was inside “just checking that everything was all right.”  He also kept late hours, usually  finishing work between eight and ten at night, and even when he was home, there was still the possibility of a car drawing up in front of the house in the middle of the  night to warn him about some emergency.

T revelled in all this, of course. He loved the thought that he was being of some use to his country. It is telling that the works newspaper that he had created, edited and for which he wrote regular articles, was called “Le Pionnier” (The Pioneer). He had always had a can-do, devil-may-care, Wild West attitude to tackling problems. 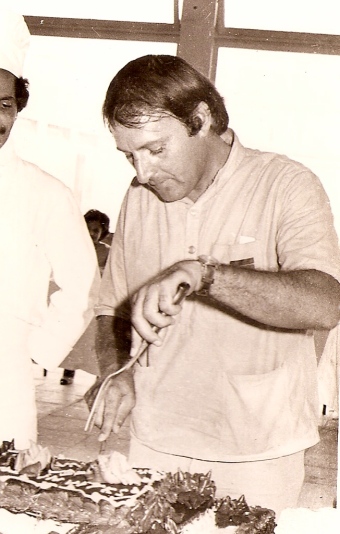 Although he didn’t like talking about work at home, I’d been aware for some time that there had been an ongoing problem to do with the sacking of an employee. The latter, disgruntled and bent on revenge, had made a statement to the police saying that nitrate fertiliser, also produced by the plant, was being deliberately thrown in the sea or buried.

The police, armed with his statement, launched an inquiry into the matter. They descended on to the plant, taking samples of the nitrate-soaked soil in the fertiliser packing shed, to see whether any of the “biens de l’Etat”  (Government property) i.e. nitrate fertiliser, had been buried there by T and his evil henchmen, whoever they were.

It soon degenerated into a power struggle between the Ministries of Energy and the Interior as to who had control of the Arzew Industrial Zone. T wrote a note banning police from entering the plant, which was ripped down from the wall of the security guards’ office and taken away as “evidence.” The CEO advised T to dress warmly, as he might soon find himself in a prison cell. We could feel the net closing in.

Weeks went by and the CEO’s warning about being arrested by the police did not materialise, although the police investigation was still ongoing. Police officers continued to swoop down on the plant to take in various employees for questioning at the station. A cloud of dread and suspicion hung over the whole work force. After a while, though, things seemed to settle down, so we went ahead with plans for our holiday.

As I was a foreign resident in Algeria, an exit visa was needed for me before I was allowed out of the country. This required a whole armful of documents, including an affirmation, signed by T, that I lived “under his roof.”  This was one of the reasons I couldn’t attend my father’s funeral a couple of years later, as T had been on a business trip to the States at the time and so couldn’t sign my attestation d’hébergement.

I must admit that this was one of the biggest downsides to living in Algeria. I floated around in a no man’s land – not really an expat because I was married to an Algerian and not really Algerian because I had a British passport. I had the worst of both situations – needing a residency permit and a work permit because I was a foreigner, yet paid solely in dinars because I had an Algerian husband. For T, leaving the country was even more complicated. As a Sonatrach senior manager, he had to obtain special permission from the Energy Minister in Algiers. This could takes weeks, if not months, and was fraught with complications.

After being turned back at the airport that first time, he tried to leave the country through various ports and airports during the months that followed, but to no avail.  Although we didn’t know it at the time, an I.S.T.N., or travel ban, had been slapped on him. Each time he was turned back, I would see him withdraw into himself a little more.

During the year that followed, he gradually spiralled into a depression. He has a tendency, like all men, to retreat into his cave when things go wrong, but this was worse than that. He still functioned outwardly, doing his job as efficiently as usual, but becoming increasingly silent and withdrawn at home. His brother would come around every evening, just to sit with T, even though he was very uncommunicative. Whenever I could get him to talk a little, I could feel the thin ice in the tone of his voice —  a brittle bridge over a deep black hole.

The problem was that nothing had been said officially – he had received no formal communication as to his status, or when his travel ban was to be lifted, or even why it had been imposed. We were in limbo. Of course, we knew that it was because of the police investigation into the allegations of sabotage at the ammonia plant, but nobody could confirm this. The Sonatrach CEO didn’t seem bothered, nor did anyone else. There was no recourse, no appeal, no explanation.

I could well understand his feeling of being trapped. I can remember us sitting on the cold floor tiles in the entrance hall one evening, and him looking at me with distant eyes, and saying flatly, “Don’t you understand? My whole life is falling apart.” This might seem a bit of an exaggeration – after all, he still had his family as well as his youth, strength and health – but, from the depths of his depression, it must have appeared this way to him. I suppose, in some way, it was a little like losing one’s faith in God.

The ideals to which he adhered so strongly since independence, and which he had carried inside like a living flame, were all being called into question. The hours of work he had put in – the risks to life and limb he had taken in the belief that he was giving his energy, toil and tears to Algeria as those who had died in the independence war had given their blood – were all for nothing.

The just society, the rule of law of which he had dreamt though seven long years of bloody struggle, did not exist in the new Algeria. For him, it was like an earthquake tremor, or the shake of a kaleidoscope that threw all the pieces of his life into the air, for them to fall down again  – but in a different pattern.

A new sous-prefet arrived in Arzew later that year. This new official had been introduced to T as a matter of course, as everybody in authority kept a beady eye on the industrial zone. R had been a police commissioner before becoming a sous-prefet, with a reputation for being extremely harsh in his dealings and for brooking no nonsense. He and T got on famously, though, as he was of mixed heritage – his father Kabyle and his mother French.

Although R loved his country and had been through hellish experiences during the independence war, he had grave doubts about the new Algeria and was very cynical about the future. He had been a true moujahid, or freedom fighter, and had, at one stage, been forced to dig his own grave, and stand at its edge, expecting to be shot in the head at any moment.

R made enquiries into T’s status, saw that there was no evidence against him and no reason for the travel ban to be prolonged, and took the necessary steps to lift it. Sonatrach, of course, had not lifted a finger. T left almost immediately for France, stayed there a whole month during one of the coldest winters on record, enduring the freezing conditions with gritted teeth and newspapers stuffed underneath his sweater. He hates the cold, but wanted to prove a point.

He came back in a better mood, but things were never the same again for him. He had realised that hard work and integrity were not enough in this new Algeria. He still continued to give the best of himself, but something was broken inside him. If there had been a good time to leave Algeria, this would have been it. But we didn’t.

One thought on “Burial Plot”

This site uses Akismet to reduce spam. Learn how your comment data is processed.

© Wendy Ouali and wendyouali.wordpress.com, [2017/2018/2019]. Unauthorized use and/or duplication of this material without express and written permission from this blog’s author and/or owner is strictly prohibited. 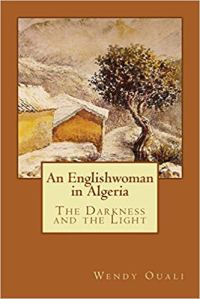 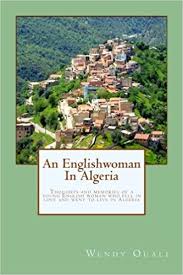